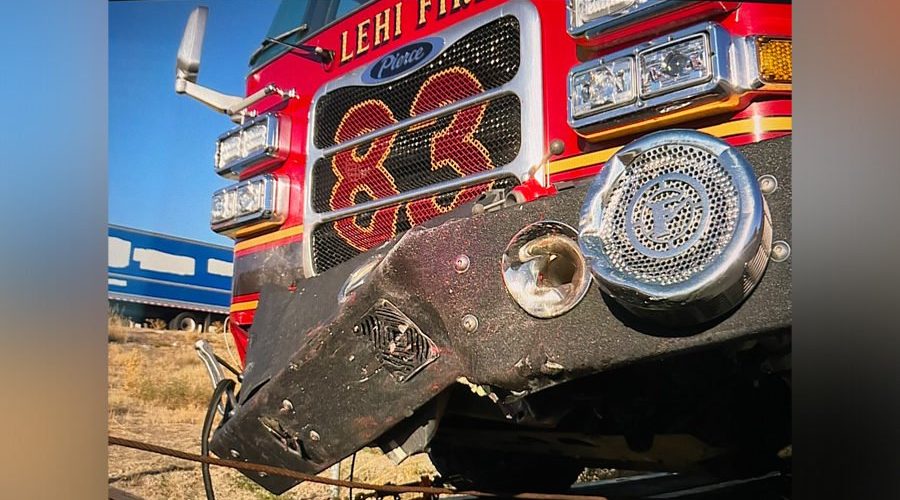 LEHI, Utah — One person died Friday after a crash in Lehi involving a fire truck.

The incident happened at the intersection of state Route 92 and the Interstate 15 southbound exit at approximately 12:37 p.m.

Trooper Quincy Breur with the Utah Highway Patrol said the fire truck was traveling westbound on S.R. 92, responding to a call for service with its lights and sirens on, when it approached the intersection and collided with a Chevy Spark that was coming southbound from the I-15 off-ramp.

“The conditions of the intersection at the time of the crash, we’re still investigating that,” Breur said.

The driver of the Chevy, identified as a 20-year-old woman, died at the scene, while the firefighters sustained minor injuries.

S.R. 92 in the westbound direction was closed for approximately four and a half hours Friday, according to Breur, while the crash was being investigated.

According to a press release from Lehi City, the fire department is fully cooperating.

The victim’s name has not been released.