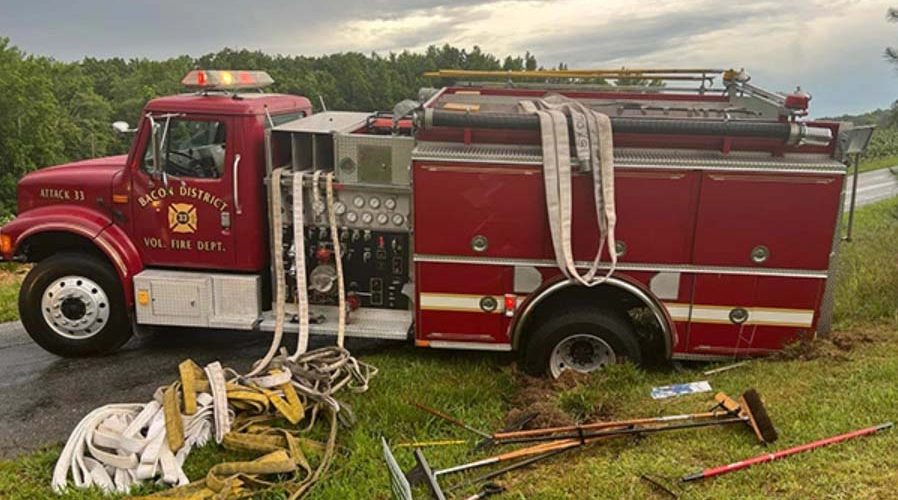 VIRGINIA ENGINE DAMAGED WHEN IT RUNS OFF ROAD

A Bacon District (VA) Volunteer Fire Department fire truck was damaged when it went off the road on a curve after it met a car too far over the center, according to a report published by The Charlotte Gazette.

The paper reported no injuries occurred when the driver of the pumper ran off the right side of the road and then over corrected. The truck did not rollover, but it sustained damage and is being evaluated to see to what will need to be repaired, according to the report.