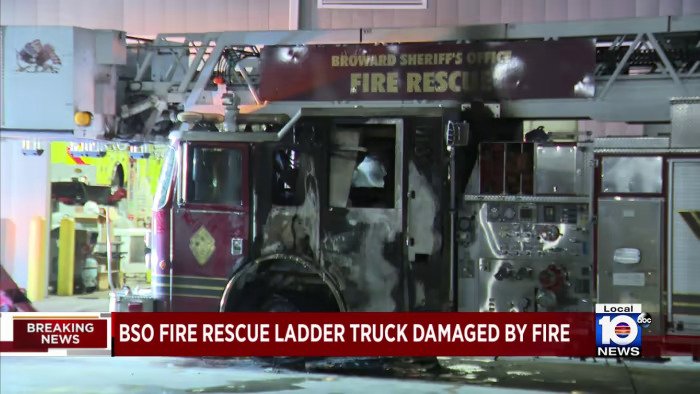 It caught fire inside a fleet facility in the 500 block of Southwest 34th Street near Fort Lauderdale-Hollywood International Airport, the report said.

Only one ladder truck was damaged and was moved outside the warehouse to be towed, according to the report.

Authorities are now trying to figure out what caused the fire.