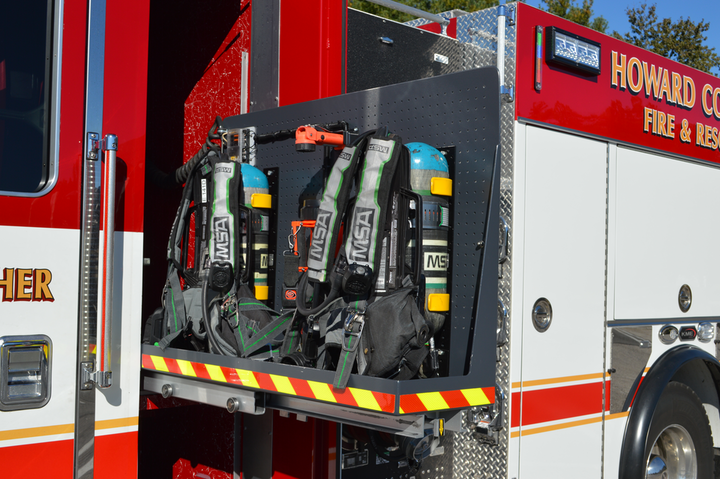 The Apparatus Architect: Innovations and Trends—How Clean Is Your Apparatus?

Because of the pandemic, the past year has created unusual conditions, which have caused fire departments to adjust and adapt response procedures. Renewed emphasis was placed on cleaning, including personnel hygiene, vehicle decontamination and limiting the number of personnel who could be exposed at incident scenes.

Furthermore, not since the turbulent 1960s have departments needed to rapidly change their response protocols and to modify open cab apparatus to protect members from hostile situations.

Fire apparatus designs have been influenced by NFPA standards, changes in diesel engine emissions, advancements in safety components as well as the integration of electronics. Some of these changes initially were greeted with enthusiasm by the fire service, while others, such as four-door cabs, universally were adopted. Local influences, including capital funding for apparatus replacement programs and having trained emergency vehicle technicians, along with the age and condition of the vehicle fleet have a direct effect on the state of readiness of each piece of apparatus.

Over the years, there have been two distinct levels of fire apparatus and equipment advancements.

Innovation—as described in Merriam-Webster as “a new idea, method or device; the introduction of something new”—includes the introduction of lightweight SCBA because of collaboration with NASA, the 75-foot midship tower ladder and diesel engine power plants. Each of these affected generations of apparatus design. Electronic pump governors and telematic vehicle maintenance monitoring now are accepted widely.

Trend is defined as “a prevailing tendency and current style or preference.” Examples of fire apparatus trends include the use of mini pumpers as initial attack vehicles, outfitting pumpers with compressed air foam systems and a resurgence of tractor-drawn aerial ladders. Some of these trends were driven regionally because of rural water supply operations. Others were accepted more universally: Departments of all sizes recognized the advantages of tractor-drawn ladders to enhance access to rapidly developing areas while providing additional compartment space for tools, equipment and ground ladders.

A 2019 Spartan Metro Star pumper, which is equipped with a 1,500-gpm pump, 750-gallon water tank and 30-gallon foam cell, has an L-shaped water tank to provide a rear hosebed height of approximately 60 inches from the ground. Note the low-mounted ground ladder compartment on the right side of the body.

The “clean cab concept” has its origins in providing easily cleaned surfaces inside of the cab, removing SCBA and hand tools from the cab, enhancing cab air filtration and other concepts to reduce exposure to carcinogens. There isn’t a universally accepted definition of a clean cab and its associated components. However, most subject matter experts agree that the goal is to protect the health of operating forces using a combination of both on-scene and post-incident decontamination as well as different materials inside of the cab that will promote cleaning of all surfaces, including seats, walls, floors and ventilation systems.

Fire apparatus that was produced prior to the mid-1990s were produced with vinyl-covered seats, aluminum-tread-plate floors and engine enclosures. With the advent of four-door cabs, heating and cooling for the crew area became increasingly important. This resulted in insulated roofs and walls with headliner material to enhance climate controls. Improved cab seating included provisions for mounting SCBAs within the seat back. Many rigs are outfitted with forcible-entry tools, water cans and other frequently used equipment mounted in these areas. Different methods of tool mounting within the cab led to the requirement of NFPA 1901: Standard for Automotive Fire Apparatus to safely secure any piece of equipment with a certified 9G-rated bracket or in an enclosed compartment.

Back in the day, after a working fire, was the cab interior and all equipment thoroughly cleaned? Probably not. However, each crew member was responsible for changing out his/her SCBA bottle, cleaning the facepiece and restoring all hand tools. One of the controversies that surrounds the clean cab concept is the removal of SCBA equipment from the cab interior. Opponents claim that removing SCBAs from the cab delays personnel from being able to rapidly enter immediately dangerous to life and health areas to search and to rescue potential victims.

Although there would be a strong preference for having SCBA secured for rapid deployment, several departments have operated for years without having breathing apparatus mounted inside of the apparatus cab without major issues.

Both the Los Angeles Fire Department and the Phoenix Fire Departments removed SCBA equipment from their engine company and ladder trucks years ago to provide an improved seating arrangement. Now, other departments adopted this practice. Like many aspects within the fire service, what works for one department might not be applicable in another.

The overriding concern is to reduce members’ exposure to carcinogenic products while maintaining the ability to provide an aggressive interior attack on structural fires when conditions require this level of activity.

Nothing can be accomplished without having the properly designed apparatus, combined with adequate staffing with highly trained personnel. Fortunately, there are several progressive departments that reviewed their current policies and procedures and addressed these life-safety issues.

Howard County, MD, is located between the city of Baltimore and the District of Columbia. The Howard County Department of Fire and Rescue Services is a combination system that operates from 13 stations with 500 career and 400 volunteer personnel. During 2019, the department responded to more than 38,000 incidents.

Howard County’s apparatus fleet consists of 21 engines, five trucks and five heavy squads, along with a number of support vehicles. The fleet comprises both county and volunteer corporation-purchased rigs, representing most of the major apparatus builders. Two additional fire stations are planned, with engine company units slated for a 12-year life cycle that consists of seven years’ front-line service and five years as a reserve unit.

Each of the Howard County clean cab pumpers have a decontamination shower on the right-side pump panel. Note the shoulder-loaded 1¾-inch crosslay attack lines with the pump piping extended to the panel. This permits rapid deployment for extending attack lines.

During 2018, the department began the process of redesigning engine apparatus, with the clean cab concept as an additional component of their carcinogen-reduction program. The department wanted to evaluate several manufacturers’ conceptual designs for clean cabs as well as for monitoring the life-cycle costs for these units. After conducting visits to departments in Florida, which were operating with clean cab apparatus personnel, the Logistics Bureau developed requirements for the new rigs. Among the considerations were the type of interior cab finish, seating and floor coverings, SCBA storage, hosebed height and overall apparatus dimensions.

After months of planning, the department awarded contracts to E-ONE, KME and Spartan via the Houston-Galveston Area Council cooperative purchasing program to produce one pumper each. These rigs were introduced into the fleet in 2019.

The three pumpers have stainless-steel bodies with hinged doors, low rear hosebeds, reinforced steel bumpers and enclosed ground ladders. The engine wheelbase and overall length vary slightly on each rig based on cab length and SCBA storage configuration. The E-ONE and KME pumpers have SCBA equipment mounted on a slide-out tray in a full-height compartment that’s built into the cab. The Spartan pumper has the four SCBAs mounted in body compartments.

Operating these three similarly outfitted pumpers along with a 2019 Seagrave pumper provided excellent feedback regarding operational and maintenance considerations that will be included in the next group of pumpers. Design characteristics that received positive comments include the enhanced seat design, ease of cleaning of the cab interior and low rear hosebed. Rigs that were built with full-height EMS compartments along with the extended cab length were judged to create concerns regarding wheelbase and turning radius in congested areas; the interior compartments limit forward vision from the crew seats.

Using the department’s fleet management system, operational costs, warranty issues and out of service time were able to be assessed. Operating a combination fire department provides opportunities for standardization of tool and equipment locations, attack line and nozzle configurations to enhance safety and operational procedures at incidents.

The Howard County engine apparatus procurement permitted the organization to leverage the experience of other departments that were among the first to adapt some of the concepts of clean cabs. Departments that are looking to adapt a health and safety program that fully embraces firefighter risk reduction to carcinogens should consider a similar path to see whether other departments’ solutions can work for your community.

Any movement to alter the location of SCBA equipment might or might not work for your organization. However, putting up artificial roadblocks—insisting that “this will never work here”—probably is similar to the long-standing discussion on whether smooth bore or combination nozzles are best suited for your attack lines. Howard County Engine 91, which is a 2019 E-ONE Typhoon model pumper, was designed with a cab compartment only on the right side to provide storage for the officer’s SCBA, forcible entry tool, hand light and thermal imaging camera.

With respect to keeping your apparatus clean, often overlooked areas are the undercarriage, chassis frame rails and other driveline components. Although the cab and body exterior routinely are washed and cleaned, chassis frame rails and components aren’t. They regularly should be steam-cleaned and treated with a salt neutralizer or annually applied undercoat material.

It is incumbent for all station personnel to take pride in their apparatus and conduct routine maintenance and cleaning of their tools, equipment and rig. No matter how new or old your front-line apparatus might be, the planned life cycle for the rig only will be achieved if all hands take part in making sure that “Everyone Goes Home” at the end of every shift.

The Apparatus Architects would like to acknowledge Assistant Chief Pat LePore, who commands the Logistics Bureau, for his assistance in providing information for this article. 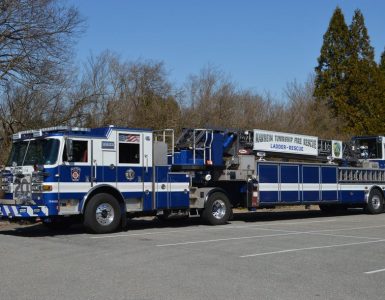 In many cases, the shortage of trained personnel and supply chain deficiences have led to longer apparatus delivery times, in some cases approaching 20 months or more. This creates conditions where the planned life... 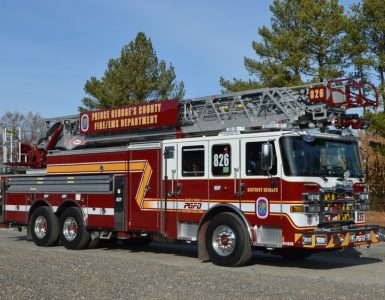 For many departments, the past 18–24 months presented many challenges while they continued to provide fire/rescue services to their community. The effect of the COVID-19 pandemic caused departments to alter response...

Merriam-Webster defines experience as “practical knowledge, skill or practice derived from direct observation or participation in events or particular activity.” Many aspects of firefighting rely on both experience and...