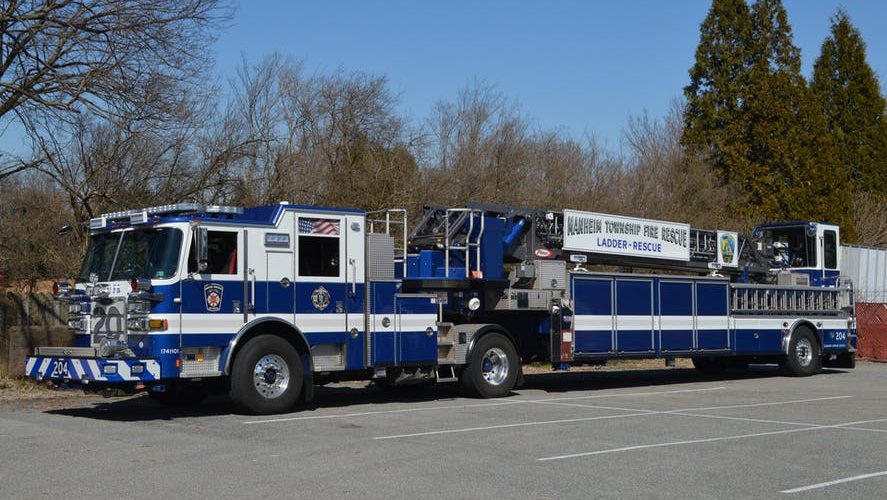 In many cases, the shortage of trained personnel and supply chain deficiences have led to longer apparatus delivery times, in some cases approaching 20 months or more. This creates conditions where the planned life cycle for frontline units must be extended. This also means that reliance on spare or reserve apparatus, to back fill when newer rigs are out of service for maintenance and repairs, is increased.

On the positive side, some departments were upgraded fleets with single or multiple-unit purchases by using alternative funding methods and strategic planning to promote the need for new apparatus.

Located in Lancaster County, PA, ­Manheim Township Fire Rescue (MTFR) was formed in 2009 as the result of the combination of the resources of three independent fire companies. A strategic plan was developed, which in part laid the groundwork for an initiative that would provide for new identical pumpers, including a dedicated reserve engine.

Under the direction of Chief Rick Kane, MTFR formed an apparatus committee comprising members from each of the three previously independent fire companies, which resulted in the ordering of four identical Pierce Arrow XT pumpers through the commonwealth of Pennsylvania’s COSTARS cooperative purchasing program.

In addition to the four new pumpers, the strategic plan called for the acquisition of two mini-squad units that were built on Ford F-550 chassis. These two vehicles would be assigned to the Eden and Southern Manheim stations to respond to EMS calls and other minor incidents, with the goal of reducing wear and tear on the engine and ladder apparatus.

A tanker and a squad support unit also were acquired to provide rural water supply along with air cascade, salvage, lighting and fireground rehab for department personnel.

Each pumper was built with safety and maintenance components that were integrated into the apparatus, including a short wheelbase, a reinforced steel front bumper, a chassis lubrication system and a cab headset intercom for each seating position. MTFR pumpers specifically were designed with standardized equipment and hose loads to enhance training and fireground operations.

During 2017, the department placed into service a Pierce Arrow XT 100-foot tractor-drawn ladder that was designed to provide both truck company and heavy rescue services via the inclusion of 446 feet of ground ladders. Because of the number of townhouse and apartment complexes that are in the department’s response district, Truck 204 is outfitted with two 24-foot, three 35-foot and one 45-foot extension ladders, along with 12 roof ladders of various lengths.

The arrival of this ladder truck enabled the department to have its 2006 Pierce Dash tractor-drawn ladder refurbished, to provide a well-equipped unit for use as a reserve rig when required. (The department has a dedicated apparatus mechanic to conduct routine maintenance and repairs. The engine apparatus are rotated every 90 days among the three stations to balance out use because of differences in incident response, with the highest mileage unit going into reserve status.)

Developing the department’s strategic plan enabled the three fire companies to coordinate their efforts in many areas and, under the guidance of Kane and his staff, to convince the members of Manheim ­Township that advancing and improving fire protection could be accomplished with the financial backing of the community.

MTFR’s apparatus fleet features a unique white and blue paint scheme, which promotes the township’s school colors and enhances community pride and recognition in the response district. Well-planned and executed programs can be achieved when both fire service and municipal personnel work cooperatively to enhance fire protection. MTFR is an excellent example of what can be achieved in this fashion.

The South Charleston, WV, Fire ­Department (SCFD) is under the command of Chief Virgil White. The department protects the city via four strategically located stations, with plans to open a fifth station in the near future. The SCFD operates four engine companies, one quint, a hazmat unit, and several support and command vehicles. The department annually responds to 1,600 fire and EMS incidents and utilizes automatic aid from neighboring jurisdictions, including the city of Charleston, the fire department of which operates from eight fire stations.

During 2016, White took over leadership of the department and inherited an aging fleet of apparatus, including units that had serious mechanical issues, which resulted in extended out-of-service time. Shortly thereafter, White presented to the city council a plan to replace all frontline apparatus with vehicles that would be acquired using a nationally recognized purchasing consortium and include extended warranties and contracted preventative maintenance programs. The department worked with the local Pierce Manufacturing sales staff to develop specifications for three identically outfitted and equipped engines. The apparatus would be leased over a seven-year period, with a guaranteed buy-back. An in-station maintenance program and extended component warranties also were included.

The result was the delivery in May 2018 of three Pierce Enforcer pumpers that have a 195-inch wheelbase and an overall length of 32 feet, 5 inches. These units are equipped with a 1,500-gpm pump, a 500-gallon water tank and a Class A foam system. Each pumper is outfitted with five pre-connected attack lines, 1,400 feet of 5-inch supply line and enclosed ground ladders. All of the rigs carry forcible entry tools, extrication and stabilization equipment, power saws and 6.0-kW hydraulic generators. Identical hose loads and tool locations enhance the training process and department operations.

Using a similar program, the department chose Sutphen to produce an SL-70 midship quint on a Monarch model chassis that has a 232-inch wheelbase and a stainless-­steel body. Truck 664 is equipped with a 1,500-gpm pump, a 470-gallon water tank, a 30-gallon foam tank and 130 feet of ground ladders.

In addition to the truck company equipment, the rig carries a full complement of hydraulic rescue tools.

Portions of the city in the department’s Station 3 response area include narrow, winding roads. Unsurprisingly, these parts of the city are best served via a short-wheelbase unit. A new Engine 653, which is a 2021 Pierce Enforcer that has a 177½-inch wheelbase and overall length of just 28 feet, was ordered. The rig is outfitted with a pump panel that’s side-mounted, a 1,500-gpm pump, a 500-gallon water tank and a 25-gallon foam cell.

Engine 653’s aluminum body has full-depth compartments on the left side, three-quarter-height compartments on the right side and ground ladders on a drop-down ladder rack. The water tank’s low-profile configuration allows for a lowered rear hosebed for the supply and attack lines.

Not only did the department acquire a new fleet of well-designed apparatus that have enhanced safety components incorporated into them, but it did so while figuring out a way to include the capability to replace the vehicles at the conclusion of a seven-year lease period with new apparatus.

There are several advantages to a lease purchase program that incorporates a guaranteed residual value at the end of the lease term. From a financial perspective, the annual lease payment is a fixed amount and can be budgeted more easily as compared with the one-time increase when the new apparatus is scheduled for replacement. The residual value is maximized when the apparatus is properly maintained and doesn’t exceed 10 years of age, with this amount utilized to partially offset the cost of the replacement vehicles.

Having frontline apparatus replaced on a regular basis, when combined with the preventative maintenance program, reduces vehicle downtime and enables replacement units to incorporate recent safety components and design modifications that are based on feedback from the field and fleet personnel.

All of the new SCFD apparatus are painted black and incorporate orange reflective graphics to show community pride with the high school color theme.

The MTFR and the SCFD are just two examples of organizations that have adopted fleet replacement strategies to meet the needs of their response districts.

Although their apparatus fleets have distinctive designs, each of the two departments gained the approval of their municipal officials and stakeholders to provide the financial resources to acquire the new apparatus.

The fire service has had a long-standing debate on the appropriate color for fire apparatus. In these cases, both municipalities used their department’s apparatus fleet to promote local community pride with unique color schemes.