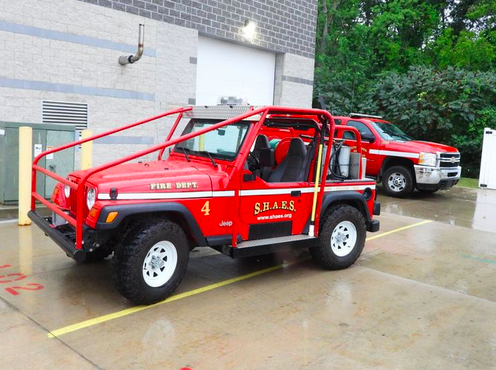 A man was arrested after allegedly damaging the Casco Township fire station building and stealing a department Jeep, reports ABC 57.

The suspect broke several windows to get access to the building. The person then drove off in a department Jeep.

Witnesses said the suspect drove the vehicle with lights and sirens on. The suspect was eventually taken into custody. South Haven Area Emergency Services posted to Facebook, “SHAES and law enforcement became aware of the incident through transmissions over the vehicle’s two-way radio. The joyride ended when the suspect not affiliated with the department drove the jeep to the SHAES Blue Star station which is approximately 10 miles away from the Casco station. He was taken into custody and faces several criminal charges. The jeep did not appear damaged but the harm to our Casco station was significant. In the course of this incident as South Haven Police officer was injured in an accident involving his patrol car. The officer was taken to Bronson-South Haven Hospital. He are grateful that he was released after treatment.”