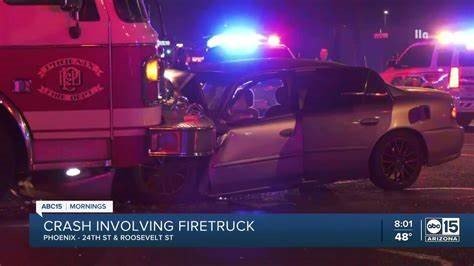 PHOENIX — A man is in custody after allegedly crashing into a Phoenix fire truck early Saturday morning near 24th and Roosevelt streets.

The man who wedged his car under the fire truck was allegedly driving while intoxicated.

Authorities say no one was hurt in the crash.

The man was detained and processed for DUI.