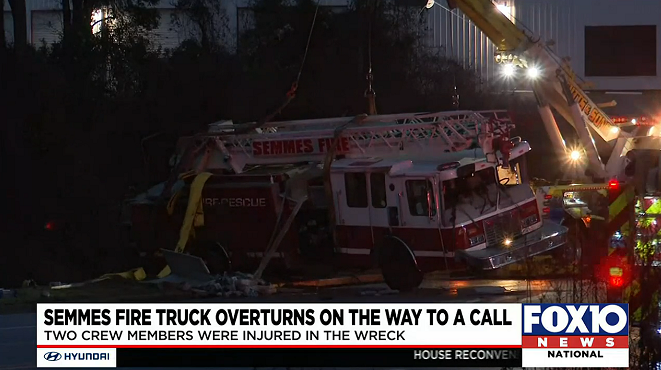 MOBILE, Ala. (WALA) – Injuries have been reported after a Semmes firetruck overturned at Lamplighter Drive and Schillinger Road North early Wednesday morning.

Semmes Fire Chief Kevin Brooks says two fire fighters were inside the truck, but fortunately walked away with only minor injuries after being treated and released at a hospital.

“When they had the accident, they self-extricated themselves out, so they were out there when the first units arrived on scene to help them,” said Chief Brooks.

The incident happened around 4:19 a.m. The department was responding to an alarm at a nearby elementary school. On the way to the call, a ladder truck from Station 3 on Morris Hill Road was involved in a single vehicle accident on Schillinger Road, according to a Facebook post by the Semmes Fire Rescue Department (https://www.facebook.com/smsfirerescue).

Authorities were on the scene of the accident, and a crane was used to right the overturned ladder truck.

There’s no word yet about the official cause of the accident, though it is believed slick roads may have caused it. 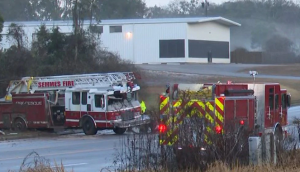