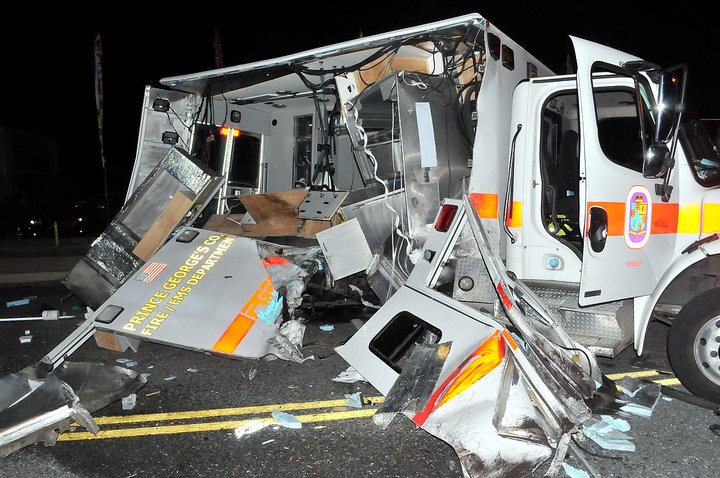 According to a recent report, vehicle fatality rates for emergency responders are estimated to be up to 4.8 times higher than the national average.

According to data from the NHTSA and the United States Fire Administration (USFA), firetruck accidents are the second leading cause of on-the-job deaths for firefighters.

Because emergency vehicles are traveling at higher speeds to reach crisis situations, accidents often result in severe injury or death.

A report released by the NHTSA showed that:

An estimated 6,500 accidents involve ambulances each year. 35% of crashes resulted in injury or fatality to at least 1 occupant of a vehicle involved.

When injuries occur, there are, on average, three unique injuries per accident. On average, 29 fatal ambulance accidents produce 33 fatalities each year.

The latest incident occurred in Effingham, IL, where four people were injured Tuesday in a two-vehicle crash – one of them an ambulance.

According to EMS1.com, the female driver of an SUV and male driver of the ambulance, along with two female passengers in the ambulance — an EMT and a student — were all taken to HSHS St. Anthony’s Memorial Hospital with injuries that were not life-threatening.

According to the Journal of Emergency Medical Services:

“Assuming your ambulances are adequately maintained, the way to decrease the number of accidents is to minimize the number of human errors that occur.

This goal can be attained by changing the behavior of the ambulance driver, using strategies that include: