A volunteer Firefighter died in the Line of Duty after the fire apparatus he was driving crashed near Trinity (Newfoundland, Canada) on Wednesday.

The Firefighter was responding to a call when the fire apparatus rounded a curve on Route 239 on the Bonavista Peninsula, left the road and went over an embankment. The Firefighter, who police say wasn’t wearing a seatbelt, was ejected from the apparatus and was the only occupant of the fire truck. Our condolences to all those affected. Rest In Peace.

Take Care. Be Careful. Pass It On. Wear Seatbelts. 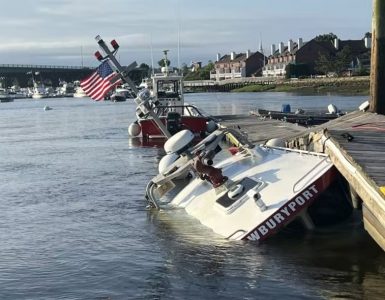