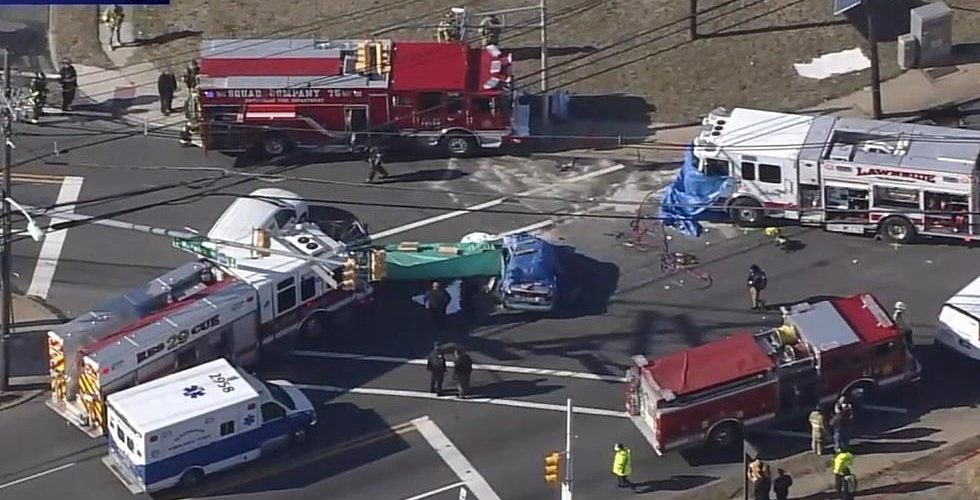 A Lawnside (NJ) Firefighter (who is also a Police Officer) has been charged criminally in a fatal crash that claimed the lives of 2 residents earlier this year.

John J. Gibson, 29, of Lawnside, faces one count each of second-degree reckless vehicular homicide and third-degree hindering apprehension or prosecution in the deaths of 68-year-old John Bishop and 75-year-old Marie Endicott.

Gibson was behind the wheel of a Lawnside fire apparatus (responding to a cardiac emergency) approaching a red light at the intersection of Warwick Road and the White Horse Pike in Magnolia just before 1000 hours on January 19, 2022.

Gibson allegedly “drove the truck into the opposing lane of travel, against the designated flow of traffic, and around other vehicles that were stopped at the intersection” according to the Prosecutor. His decision to travel through the red light without stopping at the intersection is what led Gibson to crash the fire apparatus into a Nissan Sentra being driven by Bishop with Endicott in the front passenger seat.

In addition to serving as a Firefighter within the borough department, Gibson, a 2017 graduate of the Camden County College Police Academy, was sworn in as a Class II officer with the Lawnside Police Department in November 2020.

If convicted, charges of vehicular manslaughter can result in a sentence of five to 10 years in prison, a fine of as much as $150,000, and loss of license.