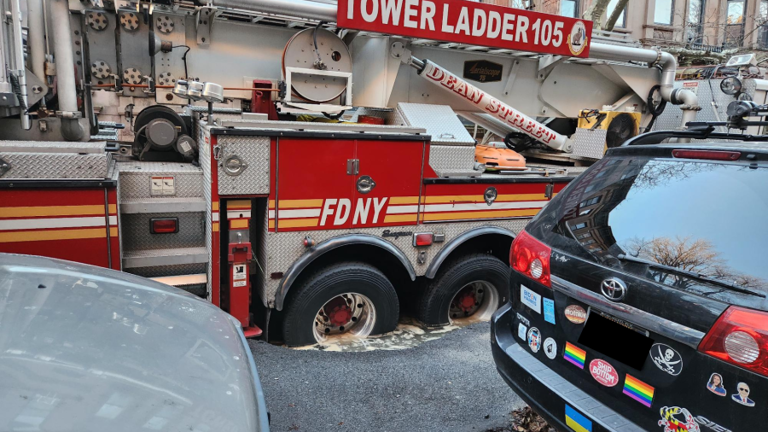 A fire truck was stuck in a Brooklyn sinkhole on Sunday after responding to a broken water line, officials said, pix11.com reported.

The Ladder 105 fire truck headed to President Street near Eighth Avenue around 2:50 p.m., according to the FDNY. Once it was there, the ground began to decay and the truck started sinking into the hole. All FDNY members have been accounted for, the report said.

The water conditions were impacting several buildings on President Street. The relevant utility companies and the Office of Emergency Management have been notified, according to the FDNY.

Officials said that a broken water line at a private residence caused the sinkhole. The Department of Environmental Protection responded and was fixing the street, even though the damage was not caused by city infrastructure. According to the report, the DEP ordered the building owner to have a plumber make the needed repairs.