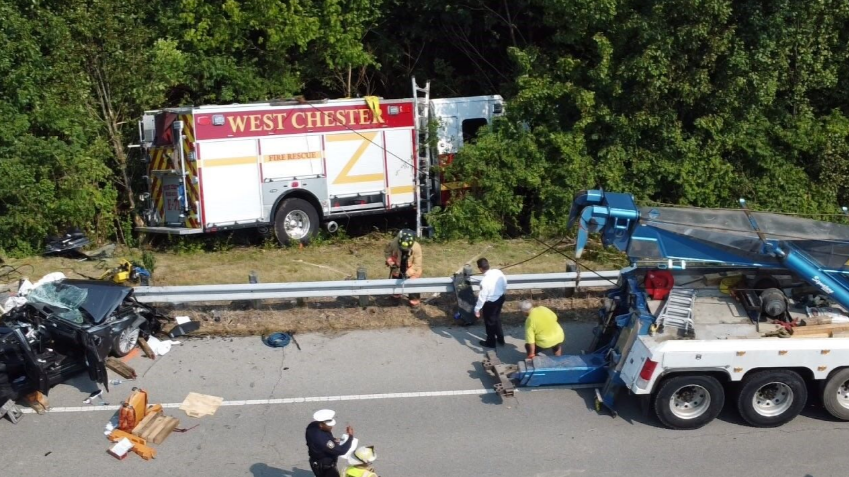 BUTLER COUNTY, Ohio (WKEF) — A fire truck and a passenger vehicle collided today in West Chester Township, injuring the driver of the car.

West Chester Police Capt. Seth Hagaman said that the Fire Department’s Engine 71 was traveling on West Chester Road about 10:25 a.m. Monday when it was involved with a head-on crash with a passenger vehicle.

That vehicle’s lone occupant was injured and the three crew members in the fire engine quickly transitioned from participants to first responders and began rescue operations.

“It appears our Fire Engine 71 took evasive action and ended up through the guardrail and into a wooded area,” Hagaman said. “It was stabilized by additional responding crews and currently it’s being held in position so the engine is not further damaged by falling further down the hillside.”

The driver of the car was eventually freed and taken to West Chester Medical Center. The firefighters involved in the crash were also transported to the hospital as a precaution.