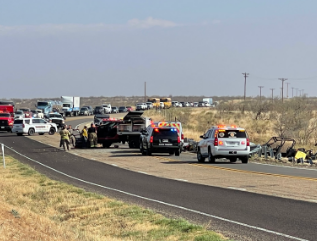 According to officials, a Borger Fire Department engine carrying three firefighters was heading towards the Horseshoe Fire when the vehicle rolled over on RM 1061.

Potter County Fire Rescue responded to the accident, according to the released statement, and extracted the firefighters. While two were treated on the scene, the other firefighter was taken to a hospital via a helicopter. However, the airlifted firefighter was noted to be “in stable condition.”

Officials said that the firefighters are members of the Adobe Walls Suppression Module, a Texas Intrastate Fire Mutual Aid System resource used by the Texas A&M Forest Service. The crew was assigned to the Horseshoe Fire in Potter County.

Officials also said that the situation is evolving and that more information will be released as it is confirmed.

The Amarillo District of the Texas Department of Transportation announced that RM 1061 was reopened in the wake of the earlier wreck.

According to officials from the Texas Department of Public Safety (DPS), the injuries sustained during the crash were not life-threatening.

MyHighPlains.com crew on the scene reported that the vehicle that appeared to be involved in the crash was a Borger fire truck pulling a trailer with multiple ATVs. One lane of traffic opened, according to the MyHighPlains.com crew, at around 10 a.m.

POTTER COUNTY, Texas (KAMR/KCIT) – According to the Amarillo district of the Texas Department of Transportation (TxDOT), RM 1061 closed Friday morning at US 385 due to an accident.

TxDOT officials noted that the single-vehicle accident and road closure led to a detour to RM 2381. Drivers are advised to consider alternate routes through the area or otherwise expect delays and detours. Further, drivers should be cautious of emergency personnel on or near the roadway.
https://www.myhighplains.com/news/local-news/rm-1061-in-potter-county-closes-after-wreck/ 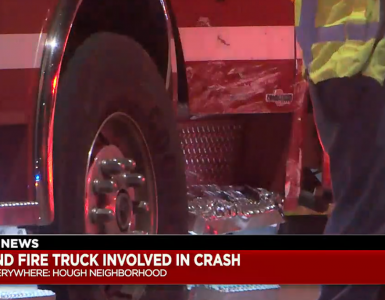