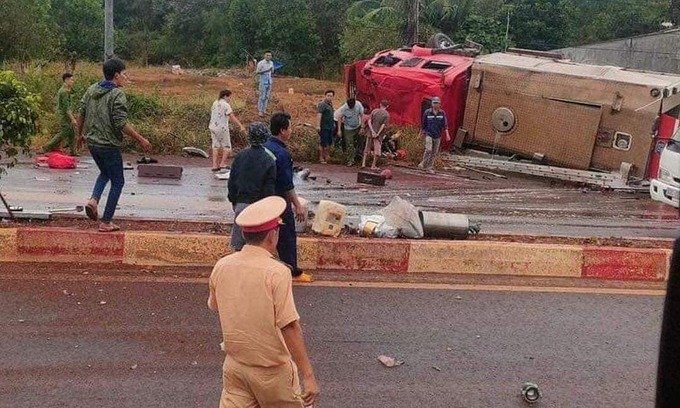 Two firefighters died in southern Vietnam on Thursday afternoon when their truck flipped over while on duty.

The tragic accident occurred when the fire truck arrived in Thuan Loi Commune in Dong Phu District to put out a fire, and the driver lost control of the vehicle, causing it to flip. It has not been confirmed if the truck hit anything.

Bystanders broke open the vehicle doors and rushed the firefighters stuck inside to hospital.

But Sang died on the spot and Tuong died later in hospital.

Four other officers aboard the truck are in stable condition.

Thang said it was raining when the accident took place, making what is a winding and steep street also slippery.