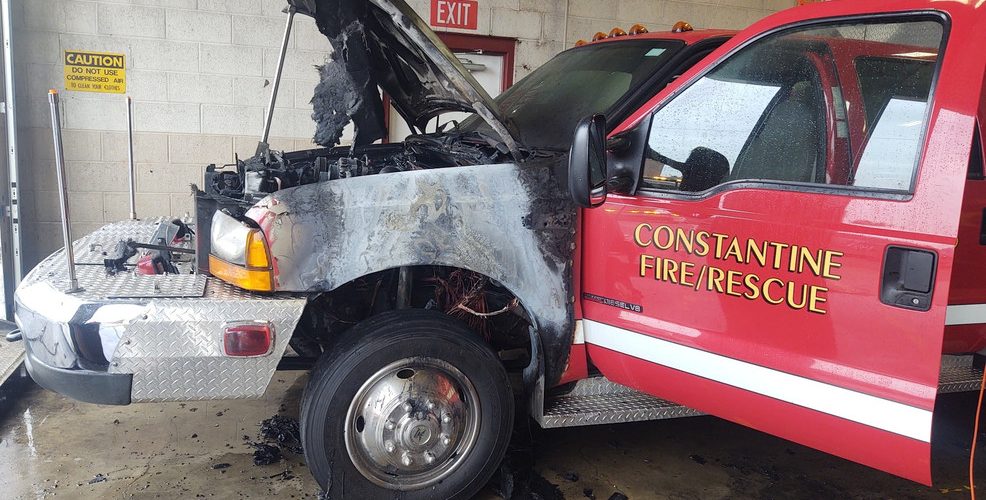 The Constantine Fire Department had an unusual call on Friday the 15th.

One of their rescue trucks caught fire at around 1:30 p.m.

An on-duty firefighter had just finished with monthly maintenance of the rescue truck and returned it to its bay, shut off the engine, and continued with his duties.

The firefighter then heard a noise, went back to investigate, and saw fire coming out of the rescue truck.

He quickly called dispatch for assistance from nearby departments and proceeded to pull out an engine and began to attack the fire. The fire was put out quickly with help from other fire personnel as they arrived.

The rescue truck is a total loss and other vehicles sustained only smoke damage. The building had smoke and some heat damage in a bay. No major damage to the building was reported. The cause of the fire is unknown but appears to be an electrical or mechanical failure in the engine compartment.

Cleanup has begun and the department is able to respond with its remaining equipment and assistance from neighboring fire departments.