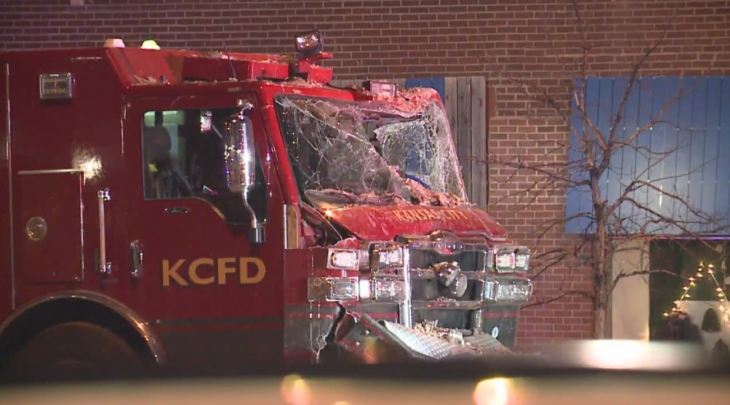 KANSAS CITY, Mo. — Groups involved in a civil lawsuit over a deadly Westport crash involving a Kansas City firetruck have reached a tentative arbitration agreement for over $32 million.

The December 2021 crash near Broadway Avenue and Westport Road killed 41-year-old Jennifer San Nicolas, and 25-year-old Michael J. Elwood. Both were in an SUV when it collided with the firetruck. A pedestrian, 41-year-old Tami N. Knight, was also killed in the crash.

The firetruck was responding to a possible weather-related fire when the department said it was called off and another firetruck was dispatched.

But with lights and sirens on, the firetruck continued north on Broadway Avenue and through the intersection on a red light. The crash happened about a minute later.

The force of the crash sent the vehicles into a Westport building that collapsed.

Their families filed a wrongful death lawsuit against the city, fire department and the firefighter driving the truck, Dominic Biscari.

The arbitrator, Miles Sweeney, entered an award of $29 million in favor of the victims’ families. Knight’s boyfriend, who was injured in the crash, and Broadway-Westport Property, Inc., which had property damaged, were also awarded $2 million and $1.4 million, respectively.

In a hearing earlier this month, Sweeney found Biscari negligent in his use of the firetruck.

As FOX4 previously reported, a September 2021 email shows Biscari had been recklessly driving an ambulance months before the deadly crash. The email documents three instances the author directly witnessed:

The employee told a superior in the email:

“I went home in physical and mental pain because of my shift yesterday. I will not be getting into another ambulance with [Biscari] ever again. Please something needs to be done. Not only for the safety of other personnel and other citizens but he is tearing up a brand new ambulance.”